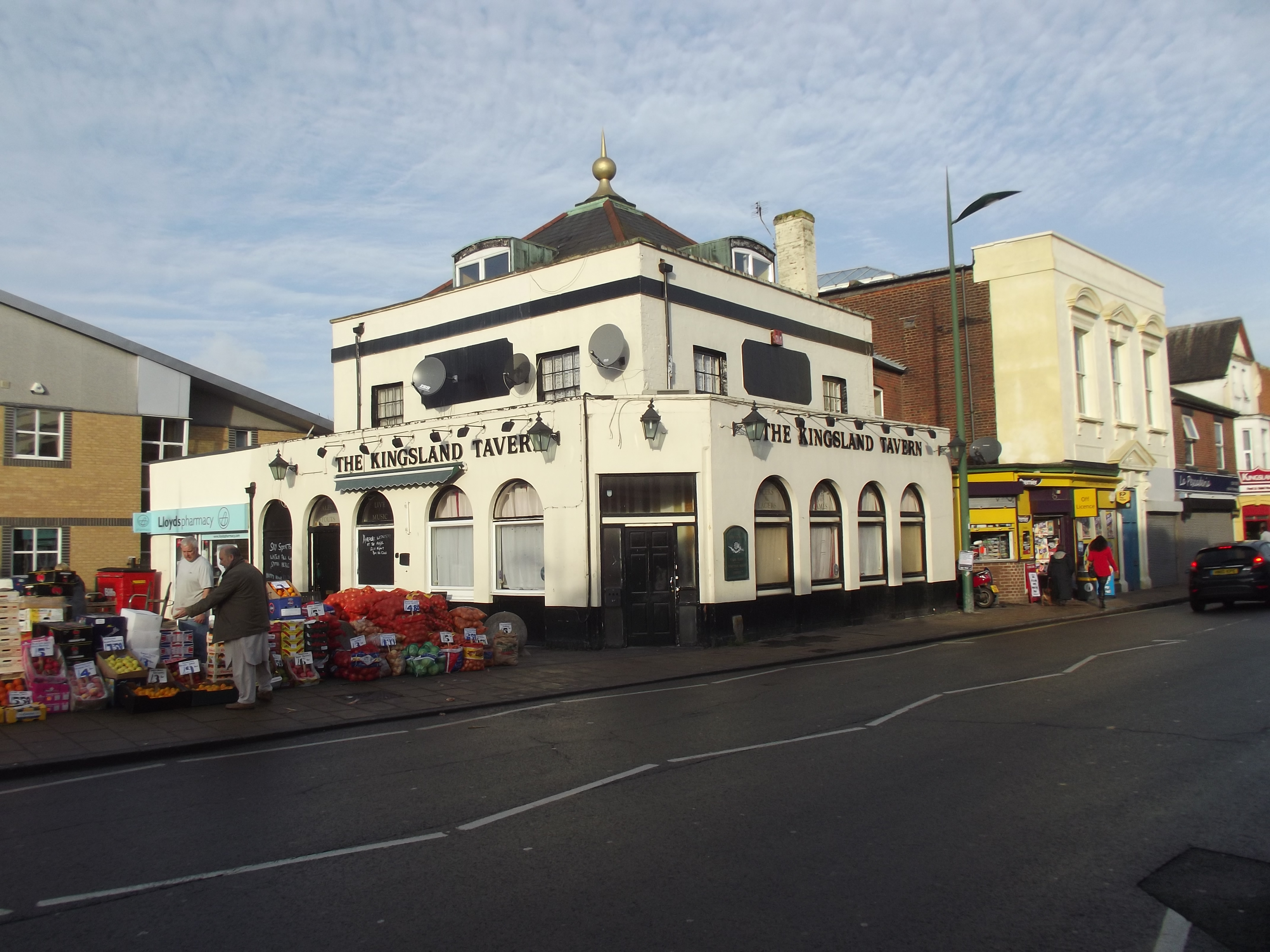 Week two of my survey of every pub in Southampton didn’t see a huge amount of progress until the weekend. On Friday night, I went in The Angel, my local, which sadly appears to be on its last legs. It is now only open on Friday, Saturday and Sunday and was fairly quiet when visited at around 8.00 pm. It has changed a lot in the last couple of years, with some major refurbishment of the area behind the bar but it was very disappointing.

Pub no. 7 was the Kingsland Tavern, which I have been avoiding and while I was hoping to find a welcoming pub, that appears to have been unfounded optimism. Its garish white and green paint colour scheme and very bright fluorescent lighting did little favour to the 1970s furniture.

On Saturday, I decided to visit some more of the pubs east of the Itchen, but my indecision just saw me getting whatever bus turned up next (being determined to get my money’s worth from my bus pass). This led to Townhill Park, past the Hop Inn and round the corner to Meggeson Avenue. It was time to get what was previously Southampton’s worst pub (as voted for by me) out of the way. The Ark, fortunately, appeared to be closed, giving the Kingsland a good chance of claiming that title.

Back on the bus after a few photos, and the next pub (no. 8) was the Big Cheese, one of several pubs in the city that have bus stops named after them. This was fairly decent, it being a food-led pub in one bar and a public bar with darts, TVs and lots of football supporters in the other.

After that led me south to Bitterne precinct and the Red Lion (no. 9) at its eastern end. This is another pub that focuses on the restaurant side of its business, with a separate area for dining. It had a surprisingly good range of ales though.

On Sunday I paid another journey to Townhill Park. I didn’t get off at The Ark but the bus went right past it and there was no sign of life and the remains of an outside bench. At the top of the hill I got off the bus and took a photo of the Castle, sadly surrounded by Tesco construction hoardings.

The journey was worthwhile though, as a short walk down the hill brought me to the Hop Inn (no. 10). This was always one of my favourite pubs in the area but it was excellent, and even better than I remember. This has two bars. To the left from the front entrance is the public bar (which wasn’t seen on this visit) and to the right is an amazing lounge bar. Very cosy and just like someone’s front room. There’s an open fire, nice carpets  and lots of jugs and tankards hanging from the ceiling. There was also an amazing selection of ales, including HSB, one of my favourites.