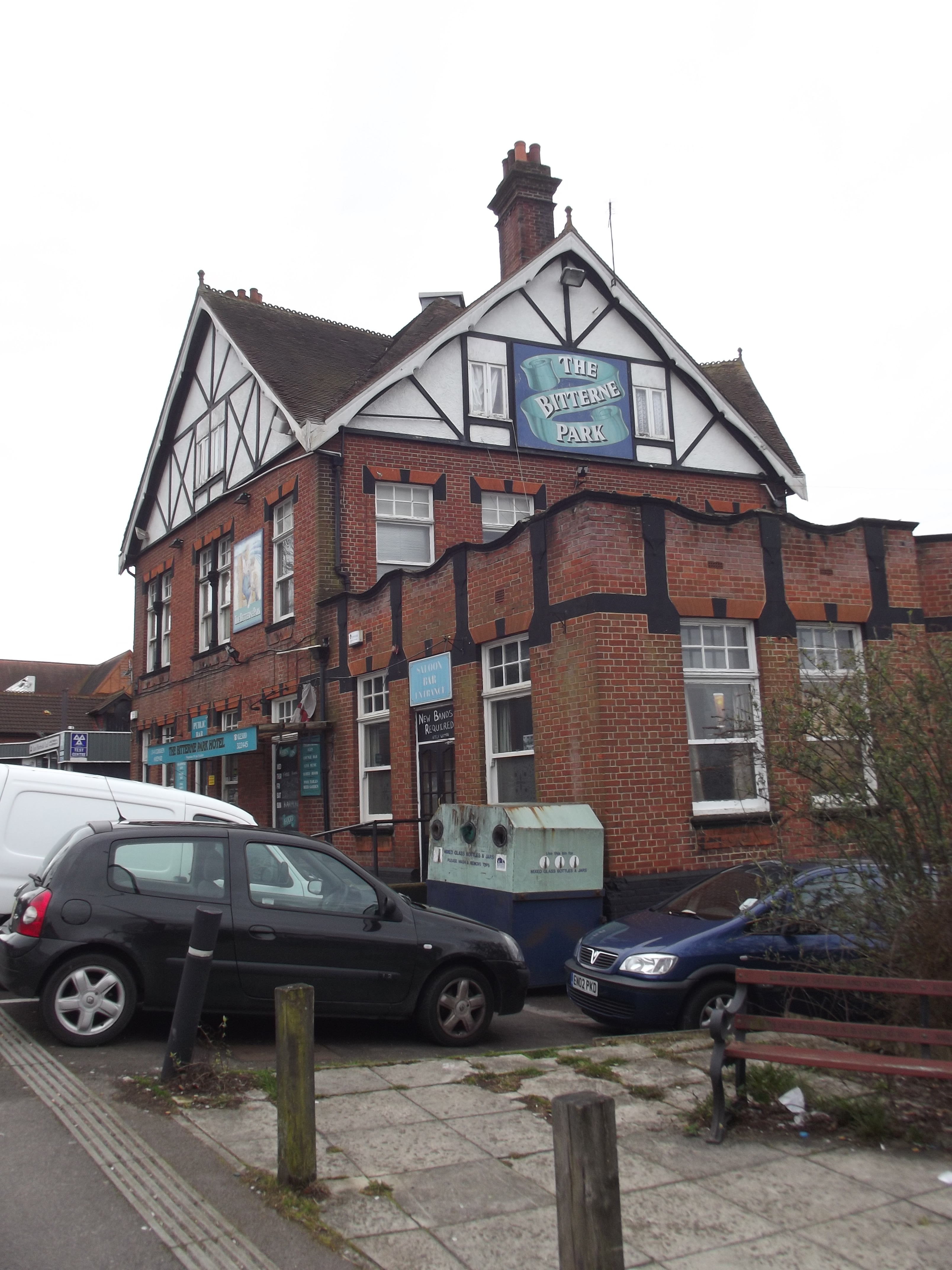 Friday night’s  mission was a short one and took in what used to be the Red Lion in Bedford Place (no 11). It is no longer red and just ‘The Lion’; this name truncating malarkey has been fairly common in recent years. A fairly small pub, it was pleasant enough but nothing of particular note and was surprisingly quiet for a Friday night. It had Doom Bar on tap and another hand pump that was being used as a backup for the other one. Modern décor except for the large old-fashioned CRT TVs hanging up on the walls – these are becoming about as common as ashtrays in pubs! Pool table, a jukebox and table football were the only other signs of any entertainment. With heavy rain all day Saturday, my enthusiasm for going out was limited. As it was, a short evening jaunt was all that took place, starting off in Goblets (no 12) where I was pleasantly surprised to see a live band. It’s always been a pub I quite like but thought it had lost its way a bit of late. It even does food now (or maybe it always has done but I hadn’t noticed it). Sadly, my evaluation form has gone missing so I will reserve further comment until a return visit. After that I went in Revival (no 13), my first visit to the nightclub formerly known as Flares but not much has changed. If you had asked if I like 70s and 80s music I would have wholeheartedly agreed but just one visit here made me realise that there’s a lot of 70s and 80s stuff that is soul-destroying. Draught beer of any kind was unavailable due to some kind of mechanical failure but even when fully up and running then real ale is definitely out of the question. There’s not much to do except dancing to dirgy music. I despair! I thought it may be fun to give nightclubs another try but…no. Not my thing at all, mainly due to music differences. Does it count? Well, technically it does, as it’s open at least one time per week without having to pay an entry fee (like the first hour each night). It is stretching the definition of pub somewhat though. Each to their own! Sunday saw a confused start due to a lack of buses. I was intending to head to the East side again (as I had to go to that area later anyway). Instead I got a bus towards Swaythling and the Stoneham Arms. However, that pub was out on a bit of a limb (that is, not near any others) and Sunday buses were infrequent so I got off at Portswood and started proceedings in The Mitre (no 14). This large Greene King pub was nothing particularly special but certainly pleasant enough.   Next, I headed north to the St Denys Hotel, sadly now converted to flats but still sporting some fine decoration on its facade. The sight further down of the Bitterne Park Hotel, across Cobden Bridge; a huge mock-tudor pub dominating the views of Bitterne Triangle, drew me over the bridge but which bar to choose? This pub has two bars (or perhaps even more) and a very confusing layout. The smaller public bar has a pool table, jukebox and such like. The larger bar at the back has a very high ceiling, large stage and spartan decor. After that, I went down to The Station, a large food-orientated pub where I had a very reasonable roast dinner, which was very nice. I played the ‘catch the random bus’ game again and ended up on a circuitous journey to Butts Road, where I sadly acknowledged the Bullseye as another Tesco shop. 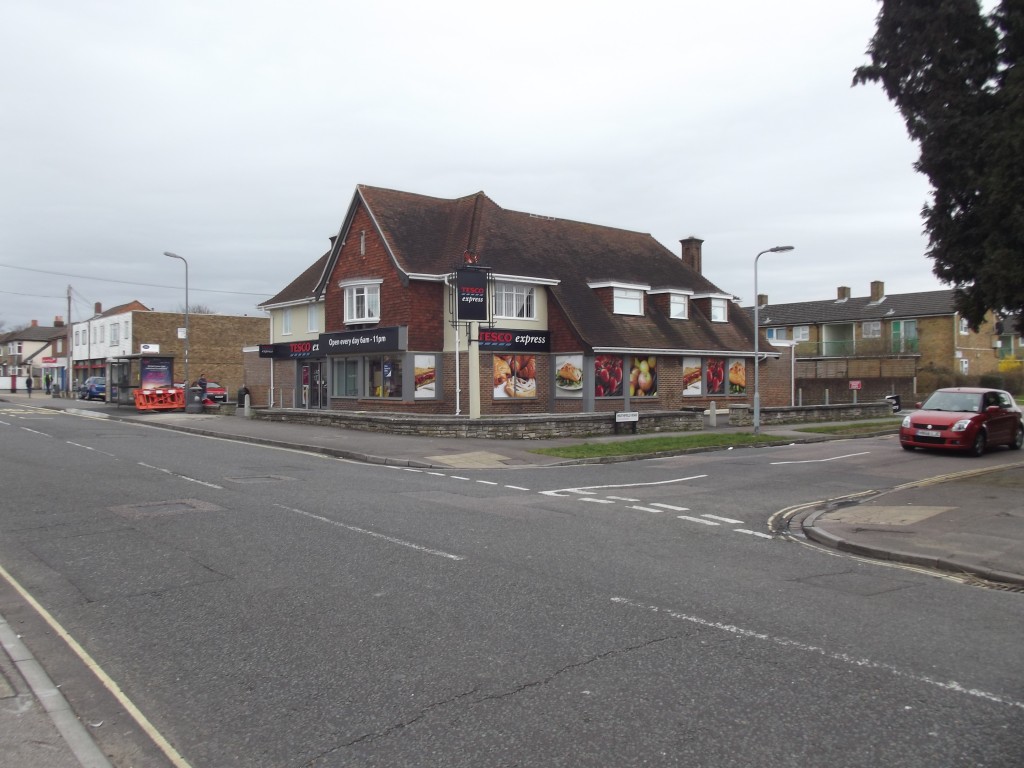 A fairly short but very hilly walk from there brought me to the Spike Islander. This has two bars; as I went in the lounge bar last time I thought I’d give the public one a try this time. That was alright. They had a meat draw and Play Your Cards Right game, football on the telly and a pool table. My final stop was the Robin Hood. On my previous two visits (some years ago) this was known as the Earl of Locksley but has reverted to an earlier name. This large pub hasn’t changed much. It had real ale and absolutely dirgy music playing on the jukebox so I decided to hijack it and played Anarchy in the UK and One Step Beyond. The punters seemed to enjoy that as much as I did. Once an entertainer, always an entertainer! A mid-week (Wed 17 Apr) visit to the Prince of Wales (Northam), upon first entering the front (public) bar was a bit intimidating. It’s a very small area with pool etc and all the customers stopped and looked round as I entered. However, I managed to locate the lounge bar (which is accessed by a separate door from the street). That was much more pleasant. This pub does good value food and is dominated by a red and white striped theme, feeding off the aura of the nearby stadium (barely 5 minutes’ walk away). They have a quiz and bingo session on Wednesday nights.